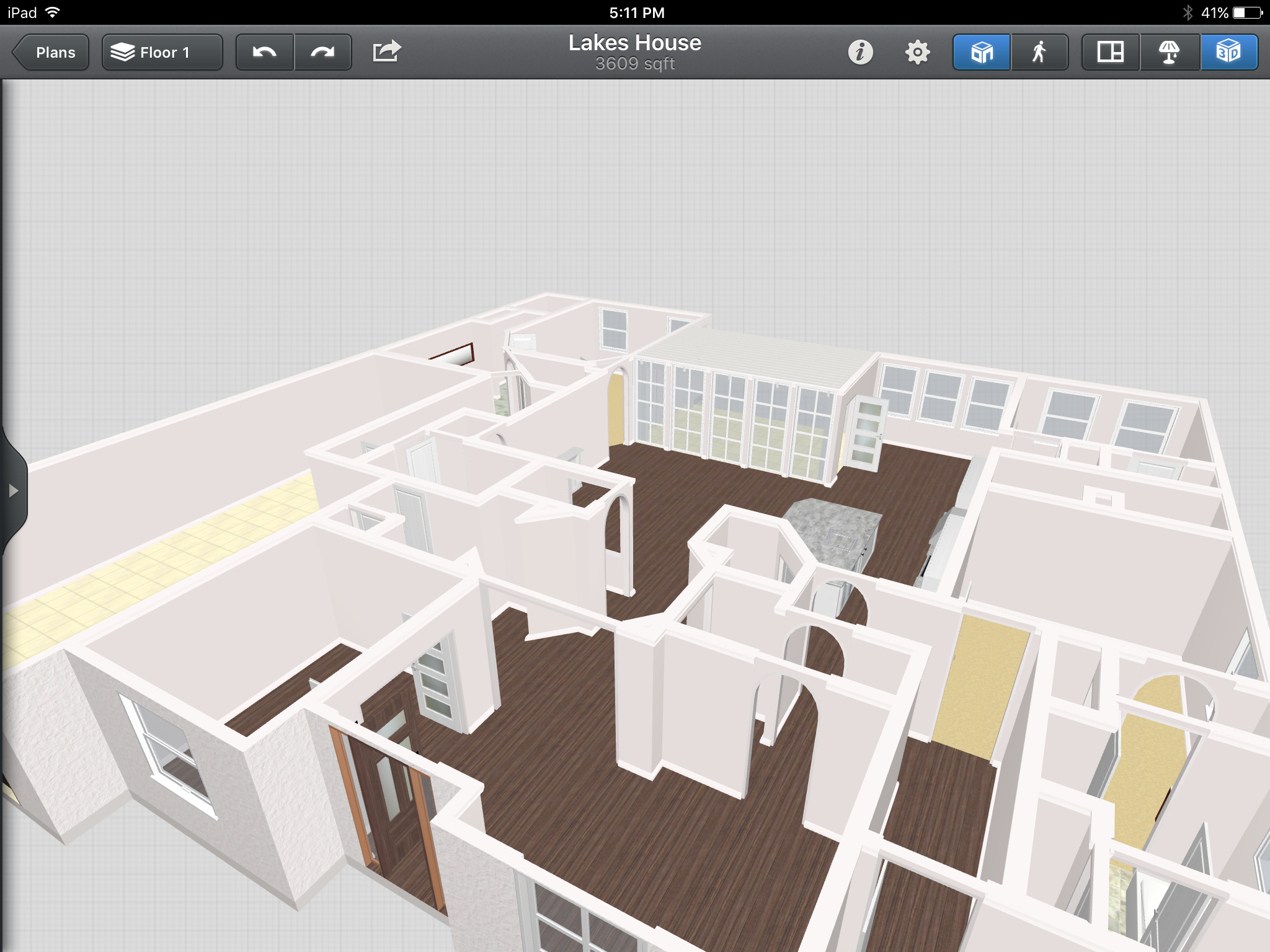 Have you ever wanted to make an EXACT, to scale, blueprint of your future house so that you can plan out furniture placement, decor, and paint colors? I have! Which is why I started looking for iPad apps that would help me do this very thing.

Interior Design by blackmana is $8.99 in the App Store. This is by no means trivial. I normally only download free apps, and I will only actually purchase apps if I happen to have an iTunes gift card. I just so happened to have such a gift card. Even so, I think this is well worth it if making a replica of your home is important to you. This app has close to no in-app purchases and everything from furniture to textures to materials are included.

Let’s talk about the different features of the app. There are three different views.

END_OF_DOCUMENT_TOKEN_TO_BE_REPLACED

in home, life, style
Dos and Don’ts of Decorating Your Home
in finance, home, life
Happiness Part One: It’s Not Where You Live
in home
The Artifaux Desk 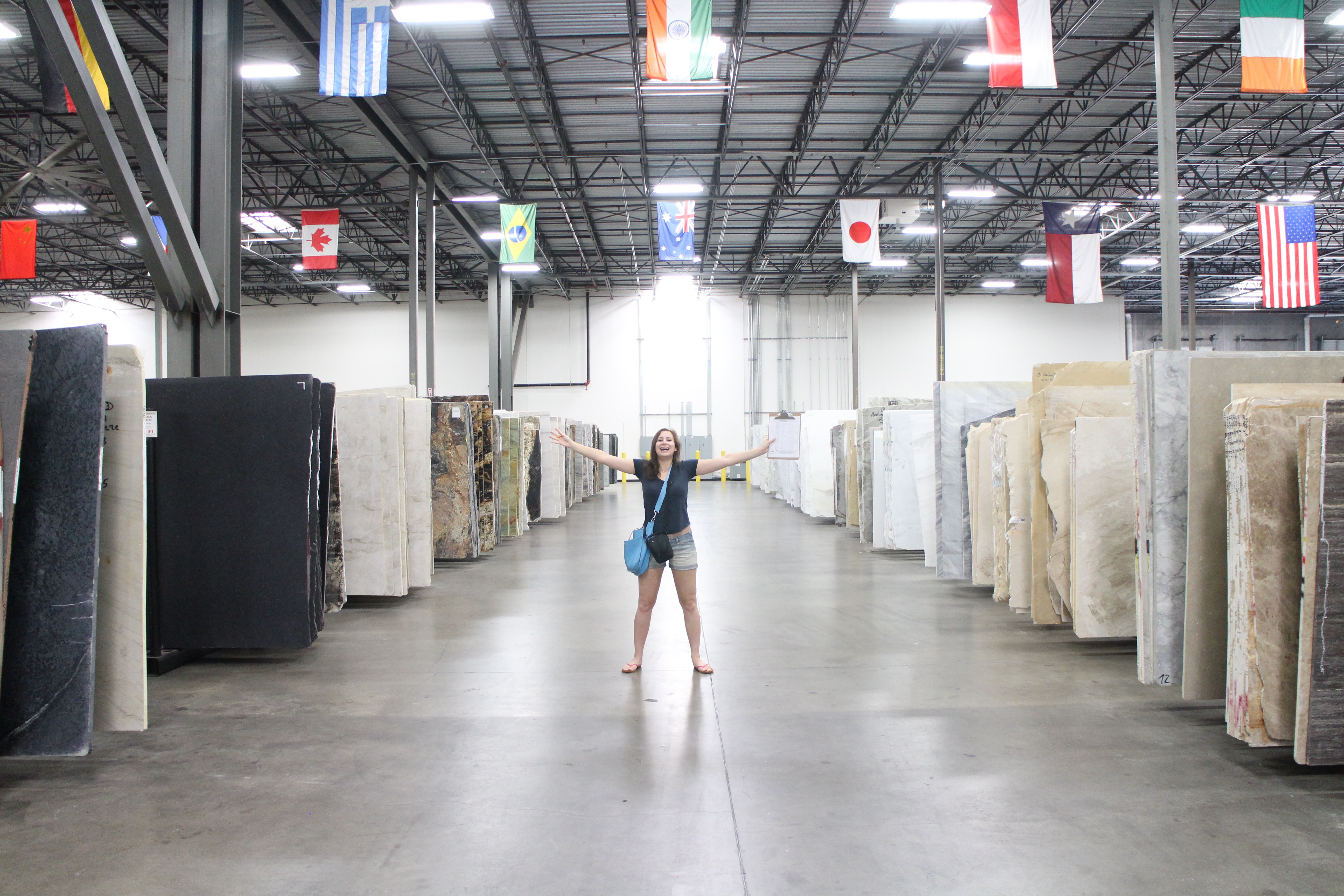 Countertops are perhaps one of the most important things to me and my kitchen. Our house features a huge 60 sq ft island in the middle of the open plan kitchen and therefore it will be the centerpiece of our primary living space. My first visit to the design center produced mixed results in terms of countertops. The only option that they had that I was in any way happy with was carrara marble. But all I was given was a little 6”x8” swatch that really tells you nothing about a slab of natural stone. Leaving the design center with little confidence on the countertop options, I knew I would have to take things into my own hands.

After some internet searching I found a countertop fabricator in the Houston area that had a showroom and also happened to carry Blanco sinks. So I was able to accomplish two things at once. American Countertop Fabricators were extremely helpful and taught us a lot about what really goes into a kitchen countertop. One thing we learned, most edges, bullnose, beveled, waterfall, were free. This was something that our builder plans to charge us for. Haha, not anymore!

END_OF_DOCUMENT_TOKEN_TO_BE_REPLACED 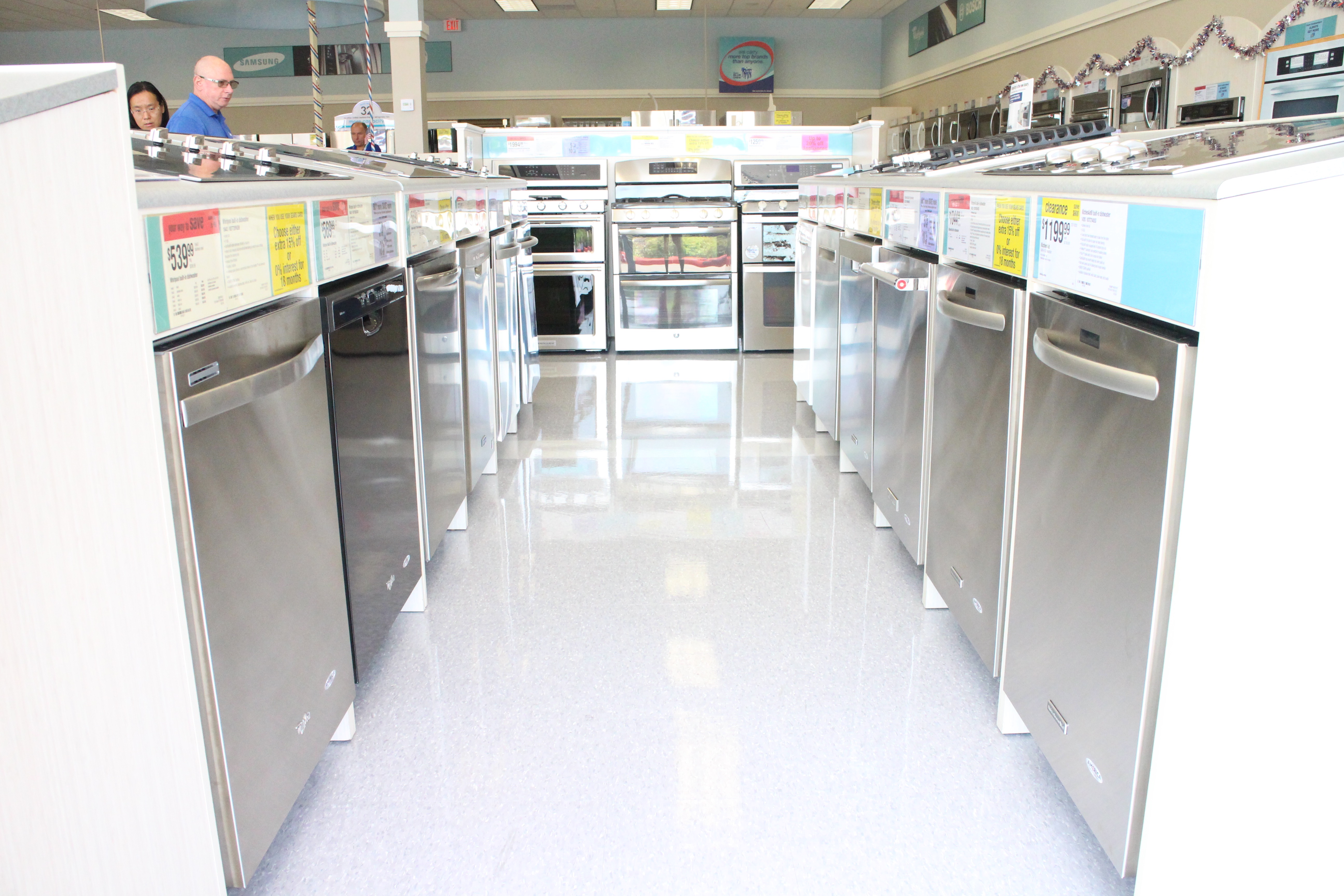 Choosing Kitchen Appliances, With No Help from the Internet

I have discovered that the internet is the worst place for Appliance reviews. Did you know that according to the internet, every dishwasher is “without hesitation, the worst dishwasher you will ever buy”? There are no good ones. None whatsoever. And if anyone ever tells you it’s a good one, they are being paid off by the manufacturer. It’s completely ridiculous.

So I really have no choice but to go with features and looks and roll the dice. My house builder is partnered with electrolux, so I am limited in that way. But I can pick any electrolux/frigidaire appliances that I want. This is what I have decided to go with:

I chose this dishwasher over the Frigidaire (FPID2497RF) for a few reasons. First, because of the third rack. I am in love with the idea of a third rack because where do you put all of the wooden spoons, spatulas, etc? Usually they end up crowding my glass space on the top row, but with a third rack, this becomes a problem of the past.

Second, true stainless steel. Frigidaire has a “feature” called smudge-proof stainless steel. The problem is that this is not the same color as actual stainless steel. So unless you plan on your entire kitchen being Frigidaire, your appliances won’t match. If you’re the type of person that reads that last sentence and thinks I’m crazy, then maybe you won’t care. Even as I write it, I find myself sounding a little crazy, but what I can I say. I’m a little obsessive about my future kitchen.

I chose this wall oven again over the Frigidaire (FGET3065PF), a much cheaper version of essentially the same thing. But there were a few features that won me over about the Electrolux:

2.) Blue interior. Yes this is irrational. I am aware of this. But the way I explain this irrational desire is that what I really wanted was the KitchenAid True Convection Double Oven (KODE507ESS) and it is also blue inside. These two ovens actually have a lot of similarities in features so I guess I’m trying to fool myself into thinking that I got my first choice.

3.) Built in Temperature Probe. I’ve never used a meat thermometer before. I usually just follow the recipe and hope that whatever I am making doesn’t come out undercooked. Usually a fine approach for beef, possibly disastrous for poultry. So the built in temperature probe in the electrolux is my new must-have that I have never actually had.

Let me start by how I decided on what kind of Cooktop I wanted. I grew up using Gas. I suffered through Electric in college and in multiple apartments. I am ready to go back to Gas. For me, it is easier to control, easier to use, and much prettier. Also if you trust the judgement of chefs around the world, gas is the way to go. I also new that I wanted 36” or bigger. I recently had a glimpse of a 27” cooktop in a brand new kitchen and it looked like a toy. Aside from the aesthetics, I also cook a lot. I cook multiple things on the stove at the same time. So more space is better for me. The last requirement was professional style knobs on the front. Again, this is superficial, it was more about my vision for my kitchen. Those requirements led me to this particular cooktop which is the only one that electrolux/frigidaire has with those key features.

This is not a review of these appliances, as I have not bought them yet. This is a pre-view. You could read this and say “no! no! don’t choose those!”, but it’s too late. You are on the internet and I wouldn’t believe what you say anyway. It is decided.

A Lot to Consider

The lot is not the most important thing. There are many nice lots and if you are in a well planned community, you will probably be happy wherever you are. However, some lots are nicer than others, which is why there are lot premiums. A premium could be put on the lot because it’s in a cul-de-sac or because it’s bigger or because it’s on the lake or golf course. The range for these premiums is huge. For our particular development, lots ranged from 0 to $40k.

There are also standard lot sizes. When you are building, the section you build in will have a specific lot size which is the measurement of the front of the lot which can be something like 50’ 60’ 70’ 80’ and so on and so forth and everything in between. In a suburban master-planned community, they will usually only build a certain size house  on each sized lot. For example, you can’t build a small 1800 sq ft house on a 80’ lot just because you want to have a massive backyard. Therefore, your backyard size is going to matter based on the plan that you put on the lot and which lot size you build on. Another reason cul-de-sacs and larger lots are at a premium is that you will be able to build the same size house and end up with a bigger back yard.

Also consider traffic. Cul-de-sacs are considered the best because you won’t get much traffic. The only people driving on that road will be your neighbors and people who are lost. So you’ll have much less noise AND your lot will probably be larger because the lots fan out in the back.

Open view fences, wood fences, and brick walls. These are a few examples of what you might be stuck with when you buy a lot. If you are moving into a master-planned community like we did, you will have no say in this matter whatsoever except by which lot you pick. Some communities like to have corner lots open to public view. Some communities like to have all fences that are facing public areas like roads, parks, or lakes, open to public view. So if you have a dog that can get through wrought iron fences or can jump them, or you just prefer your privacy, you are going to want to ask your builder about this.

In master planned communities, your property is most likely applicable to some kind of easement which means there will be a portion of your yard that you cannot build any permanent structures on. This is mostly relevant if you ever consider building a pool.

So while the lot is not the most important thing, there is still a lot to consider. We ended up with a cul-de-sac lot where we only have a neighbor on one side and our lot premium was only $4k. And one of our walls is a brick wall maintained by the development! Score! 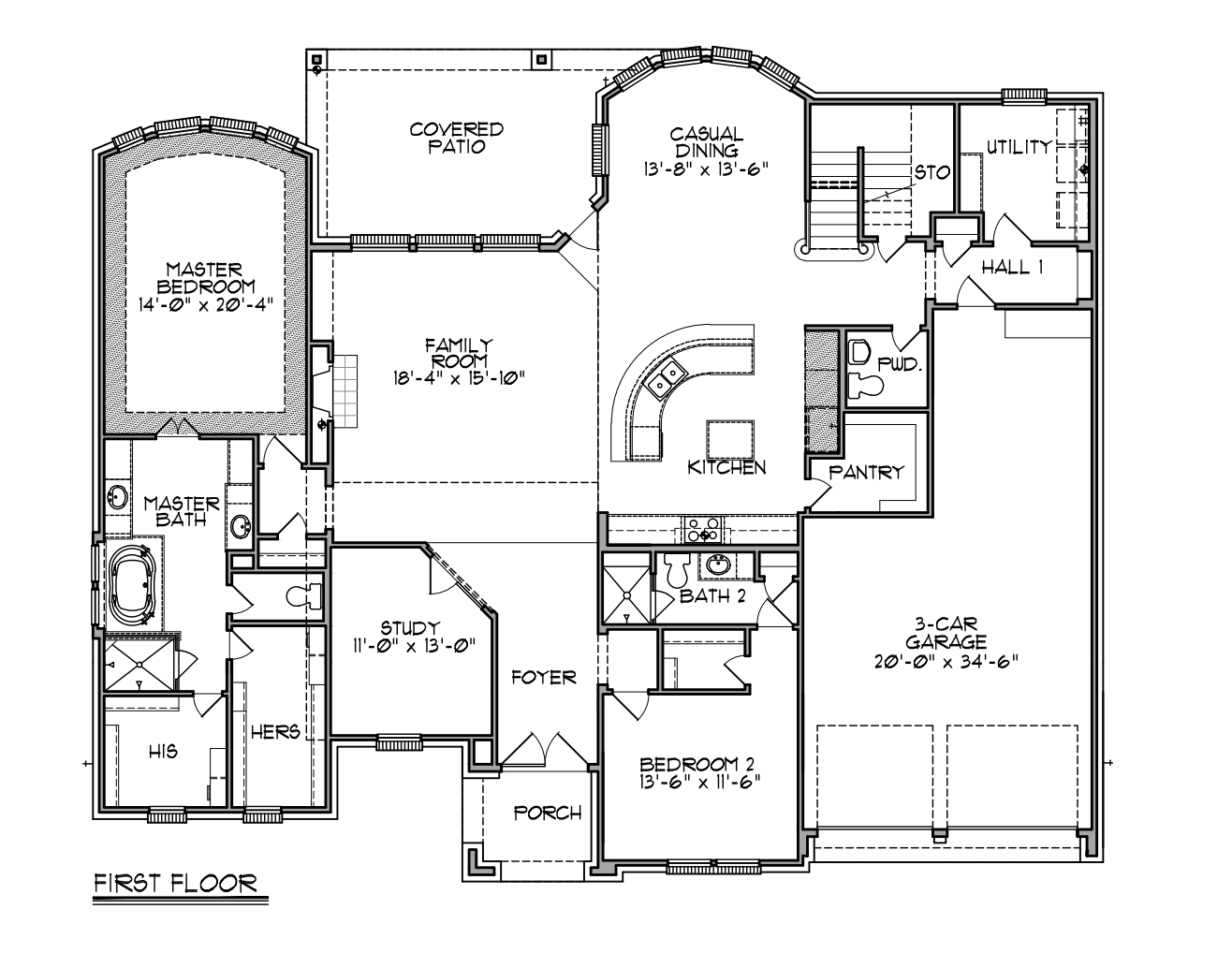 Plenty of Fish in the Sea

You started out going to one model park and looking at five houses. Maybe you visited a few other communities, a few other houses. You looked at a few below your price range and too many above. Feel like you looked at enough to make a choice? WRONG. Look more. If I learned anything from my house hunting excursion, it was that there are MANY beautiful houses out there. This is not like human relationships, you will fall in love many times. Over and over again, you will think to yourself “THIS IS THE ONE”. I don’t want to be a cynic, but this isn’t like that. There are plenty of fish in the sea, and there is no one soulmate of a house. Builders are good at building houses. That’s why they are builders. That means you are going to fall in love with lots of floor plans. And just when you think you’ve found the one with the perfect kitchen island and the high ceilings that you love, you’re gonna find an even better one with an even bigger kitchen island and even higher ceilings.

So, what I’m saying, is that you can never do enough research. Obviously there is a point to call it quits. But more often than not, you could stand to do one more viewing, even if to eliminate an option from your mind. In the end, the perfect house is not just going to be a floor plan. The perfect house is going to be the perfect floor plan, the perfect incentive package, good building quality, good customer service, a good neighborhood, a great lot, and the right price. I would advise that you don’t settle on any of these things. If you ever consider settling think about how you will be paying for this for the next 30 years of your life.